Home My Family House-Hunting for a Haven of Help 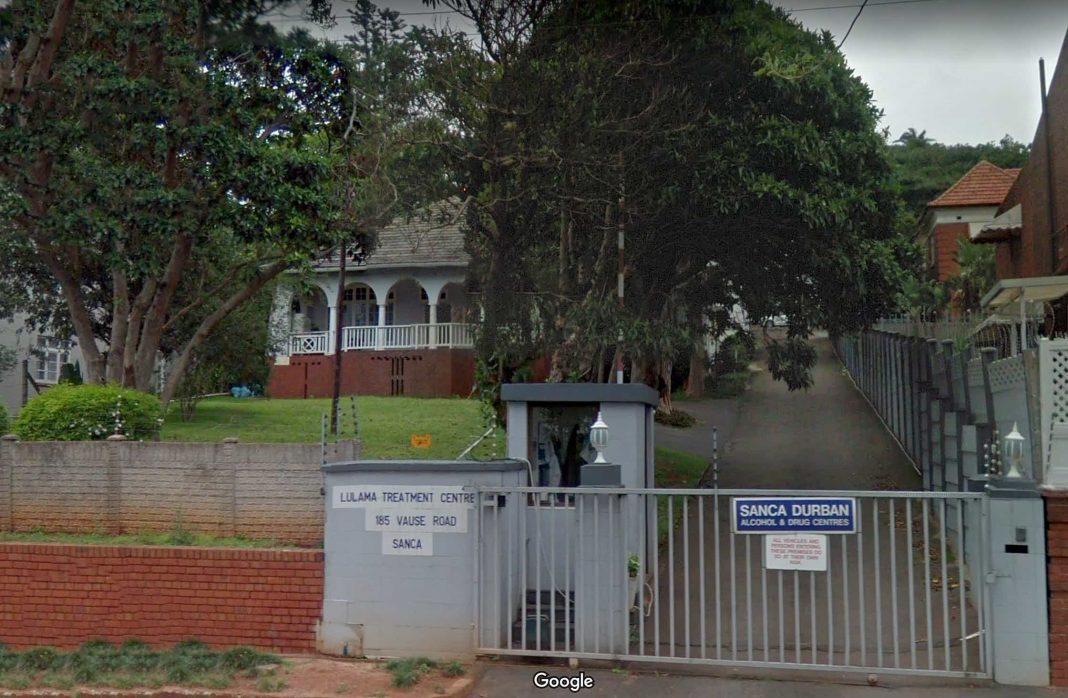 One of my most vivid childhood memories relates to house hunting. We weren’t looking for a house to live in since we lived in a gracious double-storey, three-bedroom, colonial-style home on the Berea. The house we were looking for was destined to become Durban’s first treatment centre for alcoholics. It was my mother, Winifred Swift’s mission – and she didn’t need a mansion. Rather, she needed a house with lots of rooms, and space to grow a haven of help.

I was too young to understand my mother’s mission at the time, but I remember visiting lovely old houses with overgrown gardens; climbing in and out of heavy sash windows; hiding in corners, and pretending I was one of the Secret Seven or Famous Five, my favourite Enid Blyton books of the time. Given the chance, I made up my own stories and played them out with imaginary friends whilst my mother and other grown-ups inspected the properties and discussed what sounded like serious business.

The houses I remember most clearly were empty, and I know that at least one of them had belonged to a wealthy (in this case Indian) family that had been forced to move because of the Group Areas Act. The houses weren’t important to me, and the politics was not something I understood at the time. Nevertheless I did get a powerful message from my parents that something was very wrong. For instance, while they, and the others involved in the house-hunting quest found a wonderful property in Marriot Road that was immensely suitable for the purpose required, for their own political reasons they would not buy. It simply wasn’t right, and this was a mission where principles mattered.

To put my house-hunting adventures into perspective, it should be clear that I was a privileged white girl, the only child of working-class parents. We lived with my maternal grandmother in a double-storey mansion of sorts on the Berea, that her relatively wealthy, older husband had sub-divided so they could get an income by renting out the ground floor. We moved in when I was just a year old, after my grandfather was killed in South Africa’s first commercial air crash. It was a really lovely home, undoubtedly a cut above the mediocre, lower middle-class flats my parents had rented in Cape Town before I was born.

I must have been all of eight years old when we house hunted for a property that would be large enough to be converted into a clinic. The one I remember most clearly is the house that was bought, though I don’t know exactly how and by whom. I think Rotary was involved. It was a lovely old, not very pretty house, in Percy Osborne Road. There was nothing grand about the property, but it had sufficient space to become a haven of note. As I grew older, that playground of a moment became a healing environment for hundreds and hundreds of people in need. What had once been a rambling old home to a family that remained unknown to me, became Durban’s very first treatment centre for people who fought their demons of drink.

My father, a very successful, well-respected journalist for most of my life, was an alcoholic. Prior to his professional success he had fought his demons and won. My mother, I know, was instrumental in his fight, together with Alcoholics Anonymous. She went through hell and back with him, standing by him through thick and thin. A favourite family tale was how a mountain of bottles collapsed the ceiling in their less than modest Cape Town home at the very moment a social services worker was carrying out an inspection, I think to ensure that their newborn baby (me) was well cared for. At the time my father was unemployed, and my mother, a qualified social worker, was the stalwart provider for our family.

Having worked through my father’s illness at a time when there were no treatment or rehabilitation centres, my mother wanted to do everything she could to help every other alcoholic on earth do the same. She was an amazing woman. And yes she did drink. Every evening she would come home and have one or more (usually two) Martinis – dry I believe, just as James Bond would have wanted them. She loved olives, and usually poured out a lid full of salted peanuts that I was allowed to share.

While we were so-called advantaged, in terms of white South African families, we weren’t by any means rich. My grandmother had been married to a man employed by a major international corporation, and they were socialites of note. But when he died, she became a shopkeeper, selling costume jewellery in a quaint little shop in African Life Arcade. That was another of my play-centres, though I was forced to be on my best behaviour at all times!

When we first moved to Durban my mother started a small beauty business on the mezzanine floor in the jewellery shop. I don’t know how long that lasted, but having decided on her new life’s mission, she was instrumental in starting the Durban branch of the now national South African National Council on Alcoholism (SANCA). In fact she and my father were two of the six people who attended the first minuted meeting of SANCA, Durban on December 28, 1955, when I was just four years old. She then went on to be the only staff member at SANCA Information Centre, and a voluntary one at that. So, as a child left largely to my own devices at home after school, I didn’t realize that my mother was earning a pittance, doing what she did best. And I really had no idea of the huge implications when house-hunting with her several years later.

While AA was a well-established organisation by the mid-1950s, it didn’t work for everyone, and many who failed in their fight against addiction ended up in work colonies for the unemployed. It was Dr. William Slater, provincial secretary of the Cape Province, who initiated counselling services in the form of SANCA, which was first registered in Cape Town in 1953. My mother worked closely with him, helping to initiate SANCA offices in other provinces, including the national office in Johannesburg that opened its doors in 1956, shortly after Durban SANCA was founded. She travelled a lot, attending national and international conferences and spreading the word. But SANCA alone was not enough. She wanted treatment services.

Following the lead of Dr. Slater, who played a key role in the establishment of treatment centres in Cape Town, my mother was instrumental in the formation of Lulama Treatment Centre in Durban. Initially funded by Rotary, Lulama (a Zulu word that means get well) was established at the rambling property in Percy Osborn Road in January 1961. I was ten-and-a-half at the time, and ecstatic because my mother had found the house she needed. I visited often and got to know staff members, some of whom had previously been patients. I played in the garden and felt totally at home. I knew she was doing good things, but had absolutely no idea of the enormity of her work.

What I didn’t realize was that this rambling old colonial house had become a place of miracles. Here people were healed and given a new chance in life. With the team my mother had pulled together, people were rebuilding their lives and starting new tomorrows.

In 1966 the City of Durban recognised her mission and awarded her Civic Honours, just one step down from Freedom of the City. I was superly proud, even though at 15 I still didn’t absorb the magnitude of her success.

In 1969 SANCA Durban also founded a clinic in KwaMashu. But of course it doesn’t stop with alcohol, and it soon became clear to this super-woman that drugs were as big a demon, even though they had not reared their head in our family. Late in 1999 she, with the help of then mayor Trevor Warman, started Warman House, a facility initially aimed at drug-dependent adolescents.

I had discovered social alcohol, but had shunned both tobacco and any other form of drug that I had been introduced to. My super-woman mother continued to drink acceptably, and my recovered-alcoholic (whom I believed should never drink again) father started to drink again. I was shattered, but it seemed to be alright, and continued to be alright for the rest of his life.

I have learned that addiction is a reality. But for me it is hugely ironic because, while I believe my mother’s success was largely due to her determination to overcome addiction, her fight itself was addictive. She was relentless in her quest and never ever stopped fighting. My mother died more than three decades ago, and shortly after her death Lulama moved to larger premises in Morningside; later Warman House moved to the Berea.

Her legacy lives on.